After Belize I went straight to Maine, contrasting the humid tropics with cool mountain breezes. I spent a week in the mountains in the Rangeley Lakes Region, on a calm and cool lake.

One of my goals for the mountain trip was to pick up some northern bird species before I officially moved to Florida. Though the black flies were swarming anything that moved, I made sure to get outside and bird both in the woods and along the dirt roads. Since it was June there were a lot of chicks around, including adorable Canada Geese! 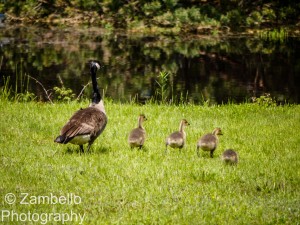 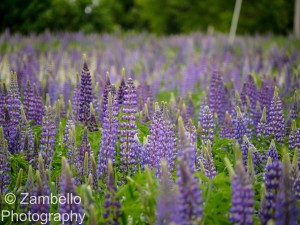 In addition to birding in the woods, I took to the water in a bright yellow kayak. The bugs were less severe out on the lake, and a light breeze made for a very comfortable paddle. I saw Common Yellowthroats, Belted Kingfishers, Red-winged Blackbirds, Common Loons, Common Goldeneye, Eastern Kingbirds, and even a Wilson’s Snipe. Maine kayak birding was a success.

The best bird of my trip was actually not rare at all. Ruffed Grouse are found across the United States, but because they walk along the forest floor they can be hard to see. While I was reading on the porch a bright male grouse jumped right up on a branch, barely fifteen feet away. The problem? There was a screen in between my camera and the bird. Wary of spooking him, I crept across the porch, delicately opened the door, cringing when it creaked, and managed to take one perfect photo before the grouse took off. A great bird!